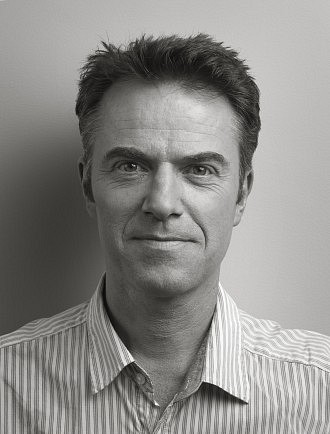 Born in 1966 in Decize (Nièvre, France).  Currently living in Paris.

After graduating from a fine arts high school, Alain Cornu was accepted to the GOBELINS Institute of Photography (Paris). He graduated at the top of his class in 1988 and continued his training by assisting several Parisian photographers. In 1991 he became a professional photographer in his own right.

From then on his work took two distinct yet complementary paths:

-The outdoors : where he worked on landscapes. During the past decade he has explored France’s Atlantic coastline, forests, rural areas, as well as Paris and its surroundings. In 2007 his series on the Forest was awarded a prize by both the Kodak Talent Grant and the 2010 Montpellier Festival. His work has been exhibited at the Guangzhou (China) Biennale, the Museum of Decorative Arts of Paris, and the National Library of France. The series “sur Paris”, presented at Thierry Bigaignon Gallery in 2016, was also a book.